Show Gets ‘A1’ Irish Connection

The 2021 show, which ran at the Stokesley Showfield in North Yorkshire on Saturday 7th August, had a touch of the ‘Irish’.

Going on display was a 1927 Fowler 10T DNB Tar Spraying Road Roller, No. 17289, nicknamed ‘Squash’, which spent its entire working life laying and fixing the rolling roads of County Meath in the service of the local council.

The roller, proudly displaying registration number AI 3010, was bought by Stokesley engine fanatic Nick Frank who bought Squash in 2015 and spent years painstakingly restoring her into her present mint condition.

“This will be the first time Squash has been in show in Stokesley and I think she will win some admiring looks,” says Nick. “I’m looking forward to making the short journey up to the Showfield and demonstrating her power.”

Nick is also hoping to exhibit his 1920’s Fowler Roadman’s living van which was previously used by the West Riding of Yorkshire Council.

Stokesley Rotary Club was founded in 1980 and comprises members who volunteer their skills and expertise across a variety of areas to activate diverse programmes which benefit local and international communities. Over the years the Club has raised and distributed tens of thousands of pounds and has instigated many local, national and international projects. Classics On Show is Stokesley Rotary Club's annual classic car show.

All roads lead to Stokesley on Sat 18 June 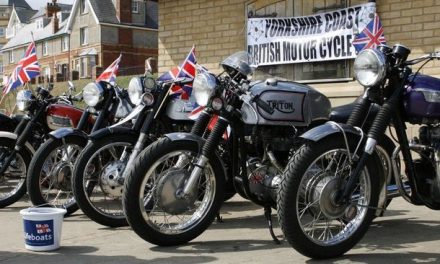